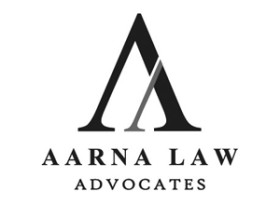 Aarna Law is a counsel-led independent boutique law practice providing a range of legal services and solutions for domestic and international clients. Though established in August 2013, the wide range of experience of its founder Shreyas Jayasimha, senior adviser Mysore Prasanna and other team members makes it a force to reckon with, particularly in the fields of domestic and international dispute resolution, corporate and commercial advisory, regulatory and forensic investigation and technology law.